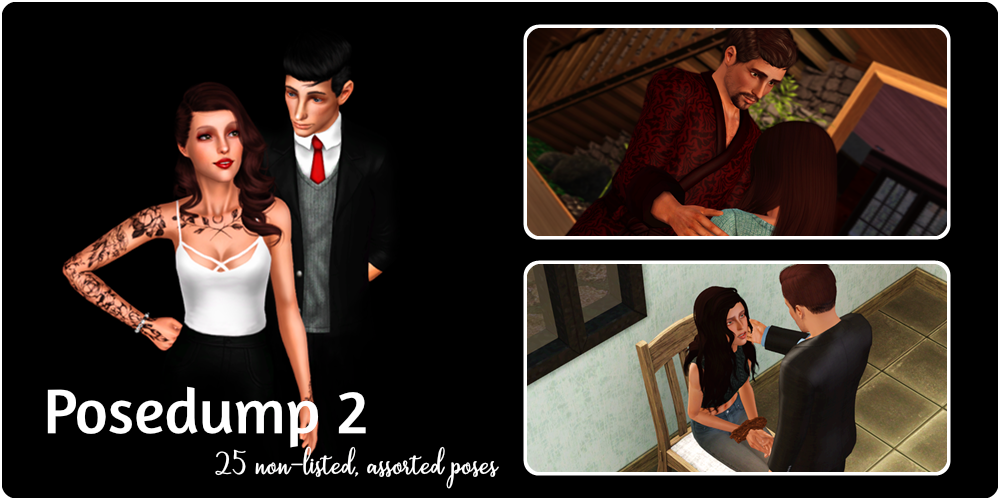 I know I’ve already posted today, but I thought today would be good to dump a little Christmas present on you guys. This time it’s a pose dump consisting of mostly story-telling poses that I’ve made for this and that. They’re pretty recent this time (thankfully) and all from Monte Vista Stories, so lots of poses for all your criminal needs (… no? Just me? Kay). This time, you get:

Some of the poses in this set are height-adjusted, which means that you’ll have to either:

These first ones are all made for Regina (because who else?). The first one is unused so far and required this handgun (not included), while the others were used in gen 2 chapter 7 for Gina and Lotta. They require these flashlights (not included).

The first of these have been in use quite a bit. See example of it in use in chapter gen 2, chapter 8 and the gen 1 rewrite chapter 1 (last picture). The second was used in gen 2 chapter 8. It uses the same gun accessory as the above.

The last one I haven’t used, and it’s a little finicky to use. He’s holding a painting under his arm and you absolutely have to use moveobjects with it. What you do is place the painting and lower it down, then while holding down the alt-key, move your sim into position. Depending on the height of your sim, the painting can’t be too big or it’ll touch the ground. 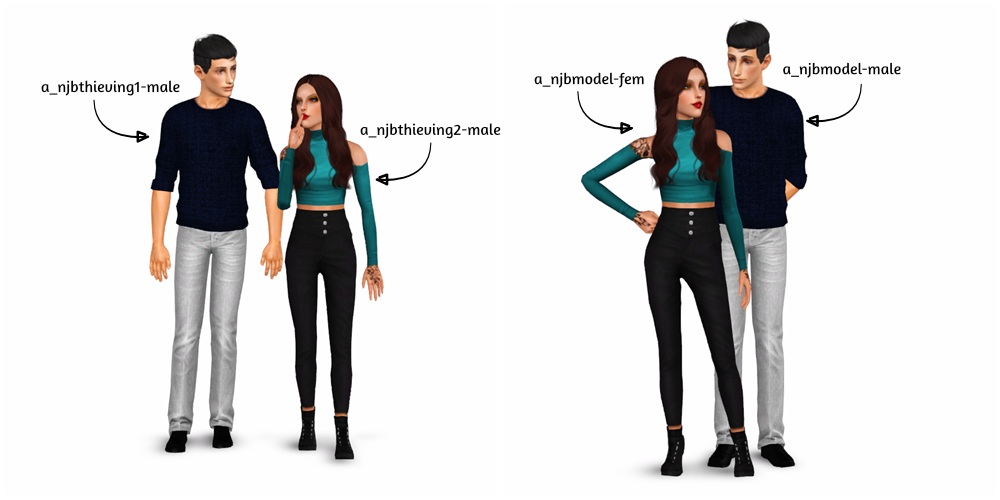 The first couple here were never used. I intended them for a photoshoot but I wasn’t happy with them and scrapped it. I question past me’s decision on that because they’re not that bad.

The second set were used for an old layout for my blog as you can see in the featured image, so it’s mostly meant for modelling. However, I also managed to find a use for it in gen 2 chapter 15, so it has story-telling potential as well.

These were made with an adult and teen in mind for gen 2, chapter 5. There’s a little caveat however – when you use the pose in the fem position with a teen, the hand clips through the arm. That’s just how teen poses are, I’m afraid, and I was too lazy to correct. Instead, I shot around it in my chapter 😛 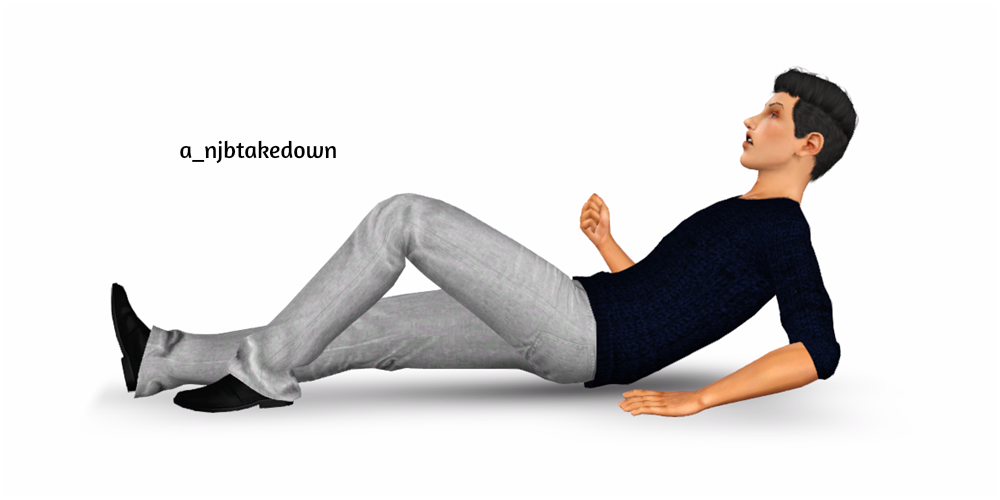 These poses were (funny enough) also made for Regina. The first one is stand-alone and just meant as a reaction to being pushed down. In the other two, shit gets real. takedown2-3 are variants of each other, meaning the faces/hands are nearly the same, except he’s lower down to the ground in 3. Why? Uuuuummmm, I dunno 🙂 I guess I felt like I had a need for that at the time. However, none of them ever made it into a chapter. The gun used is the same as for all the above. 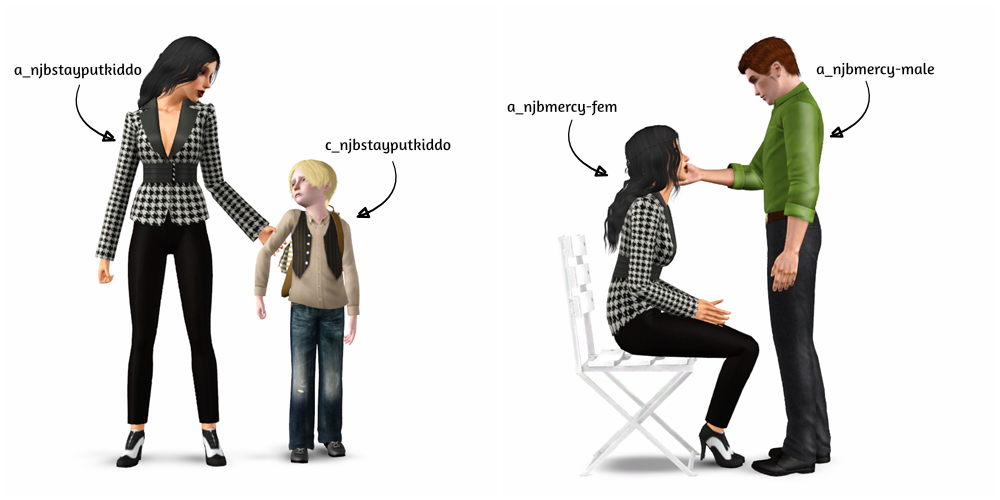 Both of these were made for and used in the old version of gen 1 (pls no read is bad). The kid/adult one can be seen in use in gen 1 (old), chapter 20 and she’s actually meant to have this stiletto in her hand (not included). I was just too lazy to do it for the preview. The second was used in gen 1 (old), chapter 19. It uses these rope accessories (not included) though again – too lazy to put them on for the preview because I’m terrible. It works well with my posepack Tied Up at the Moment and maybe I would have included it but I thought it was bad at the time (it is, his face is horrible).

And finally, I have two conversation poses to be used with a railing. The one in this preview is from the basegame, though the name escapes me. They can be used with other fences/walls with a little creativity and alt-key usage though, as I did in gen 2, chapter 21 with 1 (first pic – seen from behind).

What Can I Do With These?

I hope you guys like these and that you find a use for them. As usual, I might have messed up because there are a lot of poses, so if I have, please tell me so I can correct it ASAP. Sorry for the lazy previews as well – lazies gotta lazy, yo. With all of that said, then, I wish everyone happy holidays and a happy new year. I hope everyone is having a magical time.